Need Ideas on Where to Go for your downtown Durham Engagement Shoot? Check out this adorable Bull City day date session by Fancy This Film Photography

A really great engagement shoot captures the essence of the couple. Fancy This Film Photography, a Durham wedding photographer, loves for her portraits to go beyond that and tell a story about their relationship. Today we are sharing a recent winter downtown Durham engagement shoot that does just that.

Emily, the bride-to-be, grew up in Bull City, and wanted her engagement session to incorporate that. The wedding is set to take place in Wilmington later this month, but a downtown Durham engagement shoot was her way to love a bit more on her own home – as well as to tell that part of her love story with her fiance, Ryan. Together on a downtown Durham day date, they took engagement photos at Alley Twenty-Six, Parker and Otis, and Clouds Brewing in Brightleaf Square, while on a bike adventure! 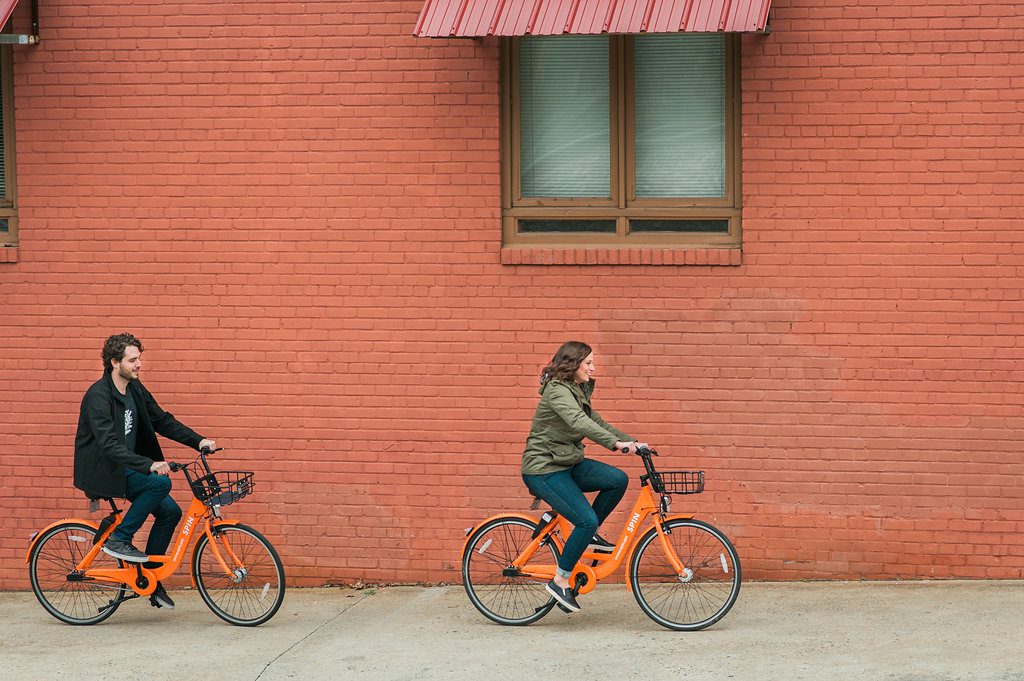 “My married friends always told me that when you meet the man you are supposed to marry, you will just know. I never believed them until I met Ryan,” says Emily. “He said he felt the same way about me – we both knew that our connection was different from the instant that we met.”

Emily and Ryan had the same circle of friends from college, and each fall, they take a trip to the mountains. Three years ago, the two soon-to-be-lovebirds were on this trip together, and quickly discovered how easy it was to be around one another. From that weekend on, they we were inseparable! At the time, Emily was living in Durham NC, and Ryan was living in the coastal town of Wilmington. They spent months driving back and forth to visit each other, and a big part of their own love story was showing each other our favorite local spots. What is more fun and romantic than being tourists in your own hometowns?  After doing long distance for several months, they knew this adventure was forever, and Emily moved to Wilmington.

Ryan proposed on a date at a Wilmington pizza place and brewery that had just opened. With a live acoustic guitar player performing their song in the backdrop (“You are the best thing” by Ray LaMontagne), Ryan reached in his pocket, presented an engagement ring, and asked Emily to be his wife. She said a tearful “yes.”

“Whenever I work with a couple on their engagement session I always ask about what activities they do together,” says Nikki, a local Durham wedding photographer who owns Fancy This Film Photography. “These two go biking. In fact, Emily JUST learned how to ride a bike a few years ago. She did this so they could have a hobby together. Isn’t that darling?!”

So it became clear – for Emily and Ryan’s engagement shoot, they would explore downtown Durham together as if they were having a day date, and Nikki would capture it all on film! They couple hopped on a pair of the new Spin bikes – the community cycles in downtown Durham, which you can rent via an app! (Um… major cool points for Durham, right?)

The couple and wedding photographer made several pit stops around downtown Durham for this naturally stylish engagement shoot. They had to capture a shot in the famous Alley Twenty-Six alley. The iron work and red chairs at Parker and Otis made interesting portrait accents. And how about the colorful brick walls scattered about downtown Durham – engagement shoot heaven, right!?

Emily and Ryan love brewery hopping. For this downtown Durham engagement shoot, they ventured into Clouds Brewing, an amazing locally-owned pour-your-own taproom. The beautiful scenery of Brightleaf Square – an outdoor shopping center which has been a staple of downtown Durham for decades – lends itself to gorgeous engagement photos!

Emily and Ryan live in Wilmington NC and are getting married at The Atrium in downtown Wilmington later this month (Nikki will be shooting that, too!). They are planning a big move to Portland in May. For their honeymoon they plan on driving to Portland and stopping at all of the National Parks. Clearly this couple has the adventurous spirit! Best of luck to this sweet couple.

For more of Nikki’s photography, check out this beautiful bridal shower shoot at The Glass Box in Raleigh. 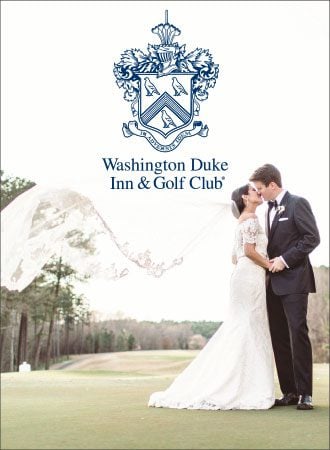 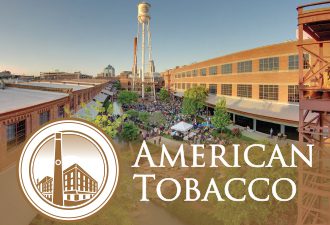 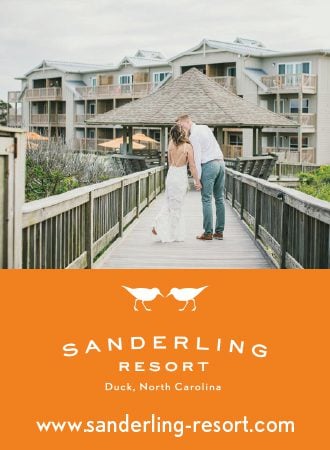 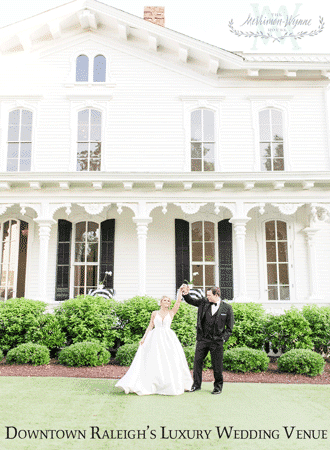 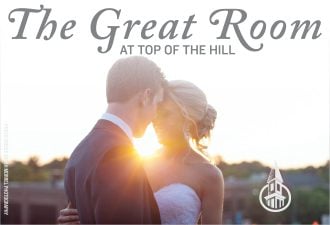